By Kayda Past Events

Henry Bell is a writer and editor from Bristol. He edits Gutter Magazine. He is the author of John Maclean: Hero of Red Clydeside (Pluto, 2018), and has edited books including A Bird is Not a Stone (Freight Books, 2014) and Tip Tap Flat (Freight Books, 2012).

Feared by the government, adored by workers, celebrated by Lenin and Trotsky. The head of British Military Intelligence called John Maclean ‘the most dangerous man in Britain’. This new biography explores the events that shaped the life of a momentous man – from the Great War and the Great Unrest, to the Rent Strike and the Russian Revolution. It examines his work as an organiser and educator, his imprisonment and hunger strike, and how he became the early hero of radical Scottish Independence. 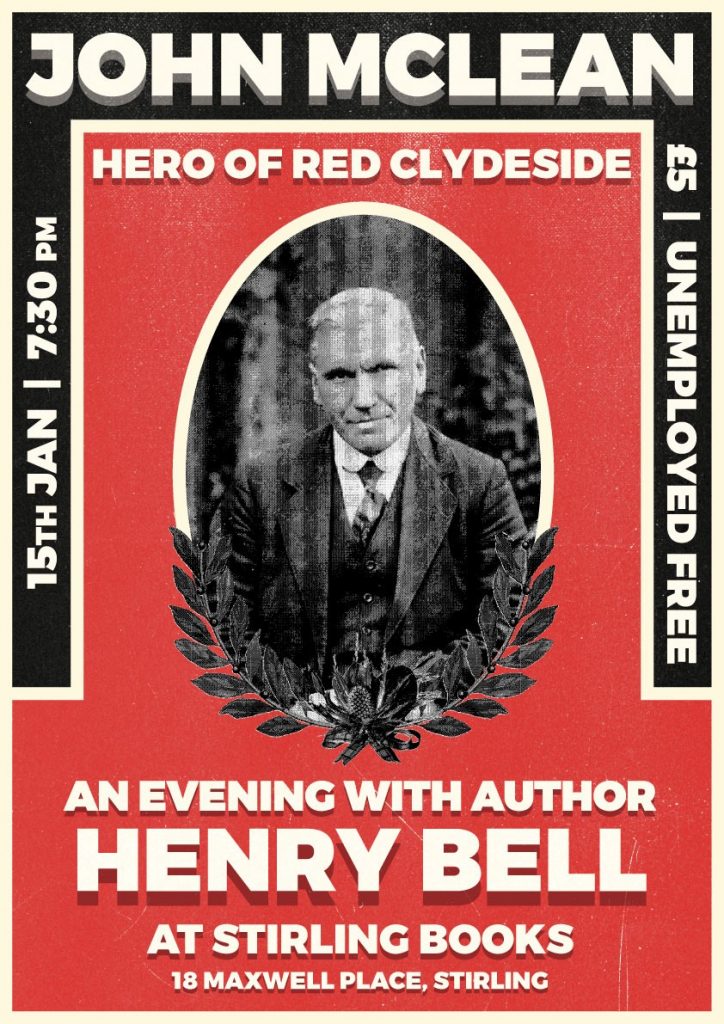 OPENING HOURS:
Mon-Sat: 12pm – 5pm
Sunday: CLOSED
We are currently closed to the public due to lockdown.

What's the difference between the US Capitol and M

A big thank you to everyone who helped us raise £

Our Spooktober Fundraiser was RAWRSOME! Thank you

I remember them being 5p, what about you?

Reading Horse sound so much better!